Since then, the streets are no longer populated by parked cars. so what…?

Therefore, a vegetable vendor with a horse and cart, the housewife who was almost always at home, could tell which vegetables should be on the table in the evening. In addition, one of the 50 or so milk producers handed out a box of butter or a bottle of milk as well as a “glass” of milk.

Plus a group of bakers who were only allowed to sell bread at the door after ten in the morning. It was the law. If there is a party and you need cookies, they are supposed to be ordered the day before. There was a lot of milk and two different deliveries of bread because everyone bought from their followers in religion, there were Protestants and reformers, if one was a socialist, he took bread “from before” . The lorrenboer, peeler, fishmonger and sometimes strawberry supplier from Beijerland were also at the door. 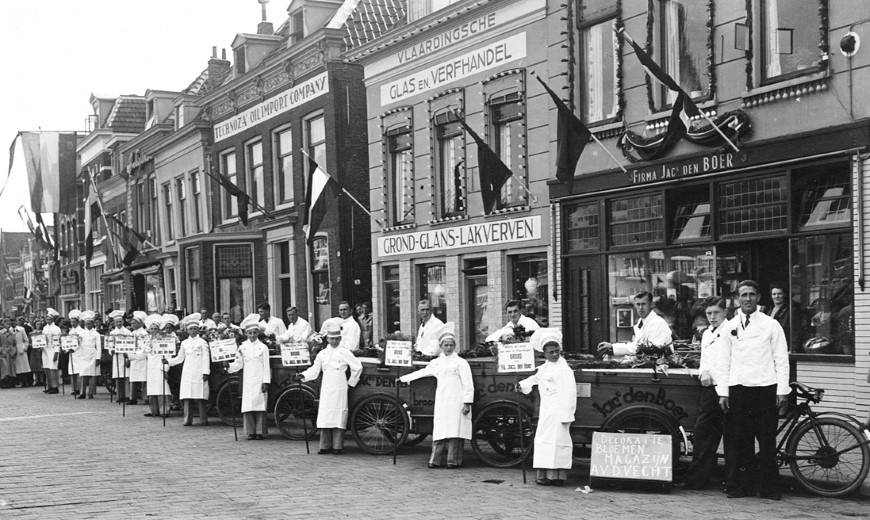 When I left the schools at four in the morning, the streets were full of children playing. And they played balls, and they jumped a goat, and they jumped and they played football. When the father came home at half past five, the children were called and the hot meal was put on the table. All of this can be admired in the film “Anderetijden” shown at the Streekmuseum. At the same time, the exhibition “Saving is Vergaren” on the history of savings in Vlardingen is presented.

The Jan Anderson Streekmuseum is open every Saturday afternoon on the first Sunday of the month from 2 p.m. to 4 p.m.