I experienced a moving moment when we visited Dadivank Monastery in the Republic of Nagorno-Karabakh, before the devastating war in Azerbaijan in October-November 2020. A charismatic priest, Father Abraham Malkhasyan, recently invited to join his pilgrimage to Armenia with the Holy Martyrs Church under the leadership of President Aram Ciamician in coordination with the Armenian Relief Fund (ARF).

In Artsakh, we traveled to Dadivank, an incredibly beautiful monastery in a picturesque gorge. It was being restored. Poor Kurds, struggling to exist, lived there, destroying its mosaics by heat sources. The restoration of this monastery will rewrite our perception of Armenian Orthodox monasteries. The many monasteries we visited did not have mosaics or iconography like in Greece, Russia or Italy.

The restoration of the 1214 fresco of St. Stephen was underway in the Katoghike Church which served as a stable during the communist regime. “The Enthronement of Saint-Nicolas” and the restoration of the frescoes of Saint-Étienne are magnificent. Father Abraham had a religious service in Katoghike Cathedral. He sang Armenian hymns, blessing the souls of all martyrs with traditional Armenian religious songs.

The fresco of St. Nicholas in St. Mary Mother Church in Katoghike was explained in detail by a sign from the monastery. It was erected in the year 1214 by Queen Arzou of Haterk. The interior walls of the Memorial Cathedral are richly decorated with frescoes. Part of a large inscription in Armenian, which covers the entire entrance wall of the cathedral, reads: “I, Arzou-Khatoun, obedient servant of Christ…wife of King Vakhtang, ruler of Haterk and all the Upper Khachen, with high hopes, I have built this holy cathedral on the place where my husband and my sons rest in peace… My first-born Asan was martyred for his Christian faith in the war against the Turks, and, three years later my youngest son Grigor also joined Christ… Completed in the year 663 of the Armenian calendar.

The fresco “The Enthronement of Saint-Nicolas” amazed me. Saint Nicholas was an exact replica of Byzantine icons, with fair features in Roman religious clothing. Jesus passes the Bible to Saint Nicholas. Archangel Michael and the Virgin Mary watch the enthronement. Some fragments of the frescoes were painted in crimson red (vordan karmir). According to the inscription, they were made in 1297.

“Warren Treadgold who wrote in “The Persistence of Byzantium”, in wilsonquarterly.com said: “Since a population exchange in 1923 removed most Greeks from Turkey, few people spoke Greek outside of Greece and Cyprus. However, a patriarch of Constantinople remains in Turkish Istanbul at the head of the Eastern Orthodox Church. Eastern Orthodoxy remains the majority religion not only in Greece and Cyprus, but also in Russia, Bulgaria, the former Yugoslavia, Macedonia, Romania, Ukraine, Moldova, Georgia and Belarus. Eastern Orthodox Christians remain significant minorities in Albania, Syria, and Lebanon, as well as in the United States, Canada, and Australia. Most Armenians and many Egyptians and Ethiopians remain Eastern Christians without formally belonging to Eastern Orthodoxy. All of these groups inherited much of their culture from Byzantium. It is people who are not Eastern Christians that Byzantium still leaves perplexed.

Father Abraham celebrates his 10th birthdaye Anniversary of ministry at the Apostolic Church of the Holy Martyrs. We experienced his unique Armenian singing in a Greek Orthodox Church. As Eastern Orthodox Christians of all nationalities and races, we have a common bond rooted in Byzantine Greco-Roman civilization. 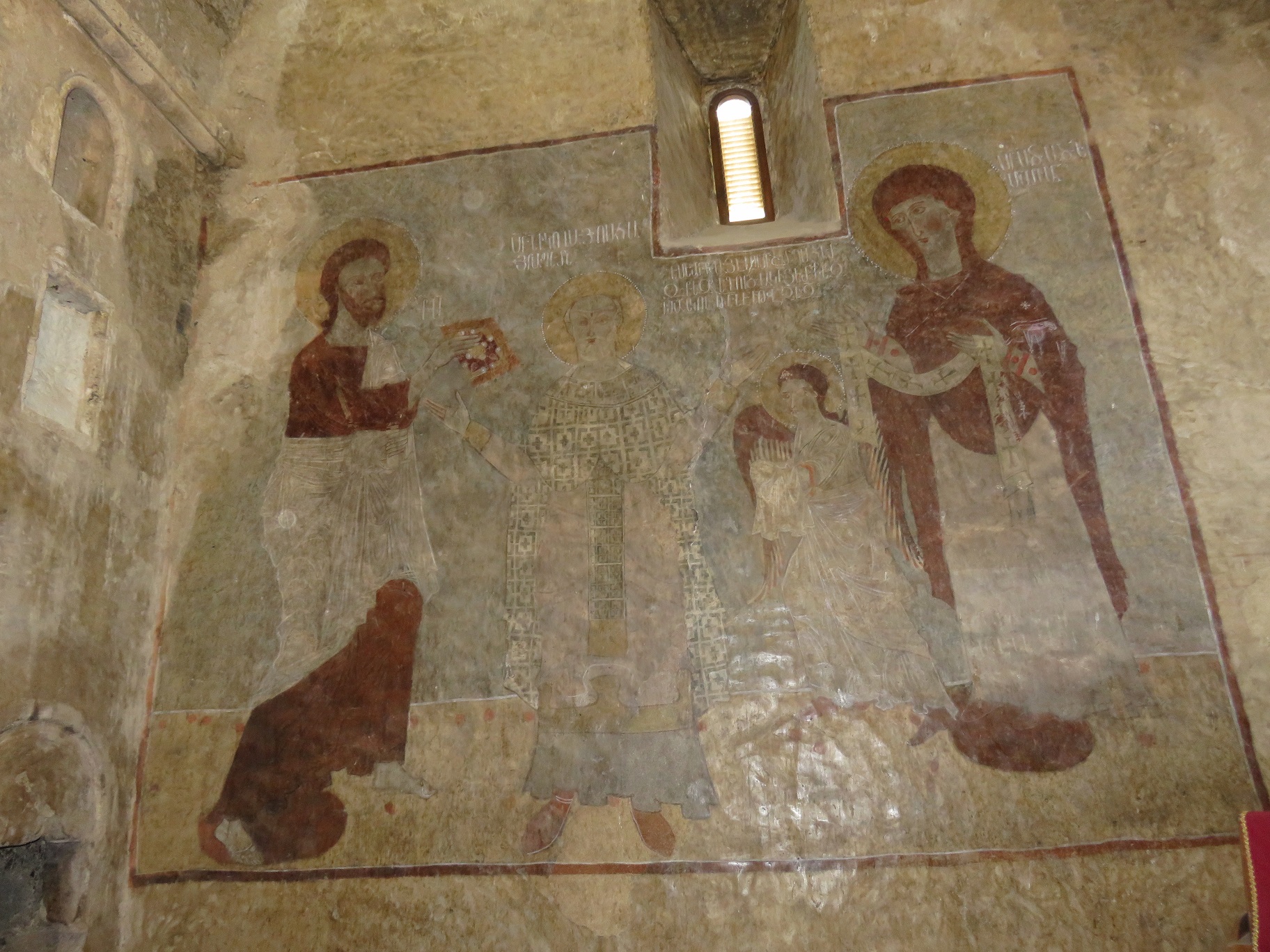 “The Enthronement of St. Nicholas”, Dadivank Monastery, Artsakh, before the 2020 war.