The fact that the Bible can be read in one of Nigeria’s three main languages ​​- Yoruba – is due to the unquantifiable efforts of one man. His name is Samuel Ajayi Crowther.

The story of the Sierra Leonean-Nigerian is that of a kidnapped boy who was sold as a slave but ultimately left his mark on the African continent before his disappearance.

Samuel as a slave

A Encyclopedia Britannica The report states that Ajayi was kidnapped at the age of 12. He is said to have been kidnapped with his family and the whole village by Fulani slave raiders in March 1821 and sold to Portuguese slave traders.

His father, Ayemi, was reportedly killed in the raid that took place in his village in Akinwumi-Osogun community in Oyo state.

Luckily for him, their slave ship was boarded by a crew from a British Royal Navy ship under the command of Captain Henry Leeke who secured the freedom of all captives.

Ajayi and her family were then transferred to Freetown, Sierra Leone, where they reclaimed what was left of their youth and started over.

In Sierra Leone he was taken in by missionaries from the Anglican Church who were also responsible for teaching him the English language.

Ajayi finally converted to Christianity on December 11, 1825 and was baptized by John Raban.

It takes its name from Samuel Crowther who was the vicar of Christ Church, Newgate, London and one of the pioneers of the Church Mission Society (CMS).

Ajayi is said to have tied the knot with a schoolmistress named Asano who was also rescued from the same Portuguese slave traders who were going to sell him. 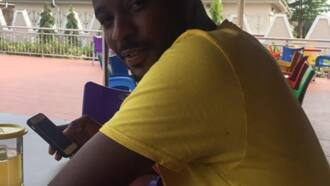 What caused the death of Kolade Johnson? Get detailed information about it

Black history month reports that Asano was once a Muslim and changed her name to Susan after her conversion to Christianity and baptism. It is reported that their marriage took place between 1828 and 1841.

Like Ajayi, his wife was also raised and cared for by the church’s mission in Sierra Leone.

One of their registered children, Dandeson Coates Crowther became the Archdeacon of the Niger Delta. Herbert Macaulay, his grandson, was one of the first Nigerian nationalists.

Some of his achievements

As well as being the first to translate the Bible into the Yoruba language, Ajayi was the first African bishop of the Anglican Church and was consecrated on St. Peter’s Day 1864 by Charles Longley, the Archbishop of Canterbury at the Canterbury Cathedral, Black history month reports.

Between June and December 1864 he received a doctorate in divinity from the University of Oxford.

It is noteworthy that Ajayi also published the Anglican Book of Common Prayer as well as an Alphabet Book for the Igbo Language in 1857 and a Complete Vocabulary Book of Nupe in 1864.

During this time, Legit.ng previously reported on the merits of nationalist Herbert Macaulay.

Olayinka Herbert Samuel Heelas Badmus Macaulay is the full name of the famous Herbert Macaulay. He was born on November 16, 1864 in Lagos which was politically divided in the 19th century into different territories.

Herbert Macaulay was not from an ordinary family. He was the grandson of Ajayi Crowther, the first African bishop. He was a student at the missionary school in Lagos. Later, in 1881, he became a clerk in the Department of Public Works in Lagos. 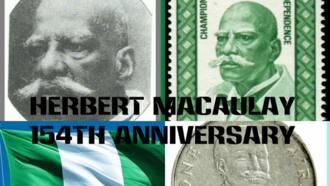 He was recognized as a promising young civil servant and in 1890 obtained a government grant.

Through the scholarship he also had the opportunity to study engineering in England for three years and upon his return to Lagos he was appointed Crown Land Surveyor for the Lagos Colony.