(RNS) – For Ethan Stalker, the breakup unfolded in a now familiar way.

On March 18, 2019, Stalker announced at a blog post he was homosexual. The next day he was invited to a coffee meeting with a pastor from the Evangelical Church in New York where he served as a lay leader. The pastor told him that he was no longer qualified to be a small group leader.

His life choices, he was told, were not â€œGod’s bestâ€ for him. The church allowed the 25-year-old, who works in marketing for healthcare companies, to continue volunteering on its broadcast production team.

â€œThey loved telling me that my sexuality doesn’t define me,â€ Stalker said. â€œBut they pushed a handful of verses down my throat that completely sexualize me as a gay person and limit what I can do. He rejected who I am as a complex human being. It was a huge problem for me.

Stalker’s story is shared by thousands of LGBTQ youth who grew up in evangelical churches who deny them full participation. LGBTQ people are typically excluded from church boards and leadership of worship or other religious groups. They are not ordained or allowed to marry same-sex partners in the church. This causes many young evangelicals – gay and straight – to question the integrity of their church’s theology and the consistency of its biblical interpretation.

Amid widespread acceptance of LGBTQ people, the attitudes of the evangelical church towards the group have not budged and the consequences have been dire.

Certainly, evangelicals, like people of all faiths, are leaving the church for many reasons: change in policy, change in cultural tastes, spiritual turmoil. But among young evangelicals, the church’s attitude to sexuality emerges as one of the main causes of the decline. “Most people know and love someone who is openly gay,” said Julie Rodgers, a Christian, activist and lesbian writer whose story is featured in the new Netflix documentary, “Pray Away.” â€œIt causes them to grapple with the implication of teachings that say, ‘We are evil and in error and sinners.’ It creates significant conflict for them in a way that (the Gospel allegiance to) the Republican Party more broadly feels like an abstraction, and they fail to see the effect of this on the human beings they know and love.

Unlike most major Protestant denominations where LGBTQ members are regularly ordained and their marriages celebrated in church (The United Methodist Church being the exception), white evangelical denominations such as the Southern Baptist Convention, the Presbyterian Church America, the Anglican Church of North America and dozens of others have refused to offer equality to homosexuals. LGBTQ people are allowed to go to church, be baptized and, in most cases, take Communion, but not much else. All three denominations doubled down on their opposition to the full affirmation of LGBTQ people at their annual conferences this summer.

In evangelical circles, LGBTQ equality has become the litmus test. Churches that deviate from these policies risk losing their good evangelical faith.

“If you make room to marry or ordain clergy or queer parishioners, you are now definitely out of the evangelical world,” said Michael Rudzena, pastor of Good Shepherd New York, a non-denominational church that welcomes people. LGBTQ, many of them were fleeing evangelical congregations.

One of the hallmarks of evangelism is its lofty view of the Scriptures. Evangelicals regard the Bible as the literal or authoritative word of God. This leads them to highlight a handful of passages that condemn gay sex.

Yet many evangelicals have found a way to embrace and serve divorced people, even though the Bible, and Jesus in particular, disapproves of it.

“There is a certain selective literalism that ignores divorce and remarriage but cannot yet make the adjustment on it,” said Reverend Fred Harrell, pastor of City Church San Francisco, a congregation of the Reformed Church. in America that fully affirms LGBTQ people.

City Church decided in 2015 to be a fully inclusive church. Overnight, he lost 300 members. Its annual budget of $ 5.8 million has grown to around $ 2.8 million today. It laid off staff, cut other people’s salaries and had to close one of its campuses. Still, Harrell said he had no regrets. About 15% of the 336 church members (along with 360 more who attend but are not) identify as LGBTQ. Harrell said they were among the most active and dedicated members.

â€œThese are really strong people who have been a huge blessing to the church,â€ said Harrell. “I say to my friends who are not assertive, ‘You are really missing something.'”

City Church is one of the few churches once considered evangelical that offered full LGBTQ integration. GracePointe in Nashville and EastLake Community Church in Seattle are two others who broke with the evangelical pack at the same time. The toll was steep. In the next four years – years that coincided with the Trump administration – few others have followed suit.

This does not mean that there has been no change on the part of evangelicals.

Conversion therapy, the discredited practice of attempting to change a person’s sexual orientation or gender identity, is increasingly criticized, as the documentary “Pray far away” reveals. At least 20 states have banned this practice among minors. Once a common approach taken by many churches, conversion therapy has even been denounced by evangelical elites such as Russell Moore, former senior ethicist of the Southern Baptist Convention.

These changes were too little, too late for some. 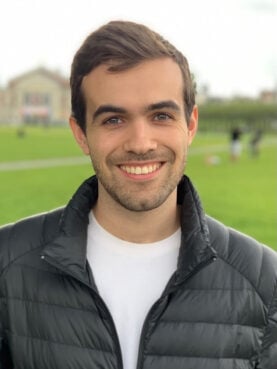 Jake Dawkins, a 26-year-old software engineer from Greenville, South Carolina who grew up in evangelical churches, has abandoned the churches’ perspective on sexuality. Straight, he lived for a while in New York where he met a lot of committed gay Christians.

â€œMeeting people with different perspectives opened my mind to what Christianity could be like,â€ Dawkins said. â€œIt started to separate me from more traditional Christianity. This disconnection or unease that I felt with the church gave me the opportunity to recognize other things about the church that I was not a fan of.

Jonathan Merritt, senior columnist at Religion News Service and contributing writer for The Atlantic, who recently revealed his homosexuality, said he foresees a gradual shift in evangelical circles.

Churches could begin to treat LGBTQ people the way they treat divorced people, directing them to support groups and allowing them to undertake service-oriented projects.

â€œUltimately, the story of evangelism is a story of pragmatism,â€ Merritt said.

Just as churches once opposed rock music – now ubiquitous in the form of Christian rock or songs of praise – evangelical resistance to LGBTQ people can also weaken.

The question is whether this will happen quickly enough for people who are fed up with the homophobia still tolerated in evangelical circles.

Elliot Rossomme, a 26-year-old gay man who attended a non-denominational evangelical church while studying for a graduate degree in chemistry at the University of California at Berkeley, took a hiatus two years ago.

He had grown up in an evangelical church in the suburbs of Pittsburgh, Pennsylvania. When he arrived in Berkeley, he noticed that the church he attended never talked about sex. So he offered to lead a support group for LGBTQ members. He was told that he could start the group, as long as he gave up dating, promised that he would not denigrate the theological position of the church or defend other positions. (Some evangelical churches have accepted the reality of same-sex attraction, but require gay people to be celibate if they are to hold leadership positions.) 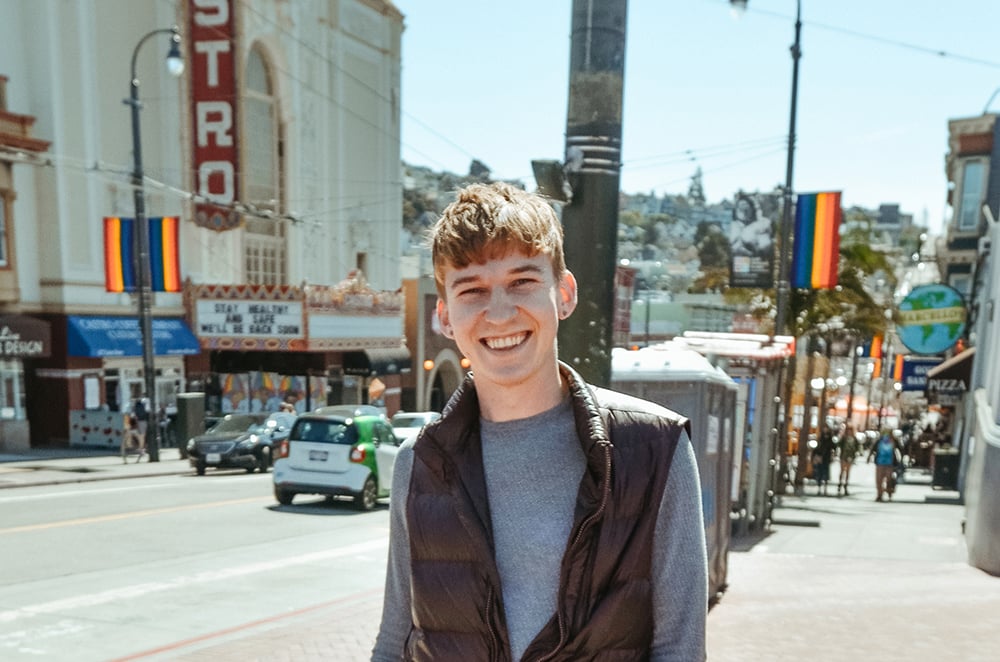 â€œThat day I realized I couldn’t go to this church anymore,â€ Rossomme said.

Two years ago he decided to try City Church San Francisco. At the end of the first service he attended, as the Eucharist, or the bread and wine, was about to be celebrated, he said he wept.

“There was a feeling that I didn’t have to fight for my place at this table here, and they want me to show up and have no qualms about me participating in this meal,” he said. he declares.

Here he no longer felt like a theological stranger and could devote positive energy to building a community in which he believes. He joined the church.

But after volunteering his entire life for various church projects (he was a theology student at Anderson University in South Carolina, a Christian school) and finding all of his social connections through the church, he is more hesitant now.

â€œI am still recovering and overcoming the wounds and traumas I have suffered while taking leadership positions in churches,â€ Stalker said. â€œI don’t know if I’ll ever be ready to take up a leadership role again. I would like to think that one day I will be able to, but only time will tell.